This week it is my joy and privilege to feature Andrea Paquette, most often referred to as Bipolar Babe. If you live in Victoria and you travel in the mental health circles, you will have undoubtedly come upon her name, especially in the fields of youth, mental health, and recovery.

Andrea and I met about seven years ago when a mutual friend suggested we meet. I invited Andrea to my home and we shared some of our “war stories” from earlier years from the perspective of self-compassion with an exclamation of “Good for us, look how far we’ve come!”

Together we watched the DVD of my play, Madness, Masks and Miracles, a play to dispel myths and stigmas about mental illness, and immediately shared an unspoken agreement to become friends.

Soon thereafter, Andrea joined my 10-week Re-Write Your Life workshop, and currently she is engaging in my one-to-one author mentorship program. She is writing the stories that shaped her, some of which have never been publicly told.

Her soon-to-be-published book demonstrates her profound transformation from harrowing experiences which threatened her life, hospitalizations as a result of psychosis, and depression leading to wanting to die and making a serious suicide attempt, to becoming a genuine heroine and gift to the planet.

In spite of her painful (to say the least) past, Andrea aka Bipolar Babe is an award winning mental health activist, educator, facilitator, writer, speaker, and—Executive Director of the charity she founded, the Bipolar Disorder Society of British Columbia.

Andrea was born to a mother with a kind and gentle nature but her bipolar illness caused out of control behaviour which resulted in frequent hospitalizations. Her parents separated when she was only eight, and she was also separated from her best friend (her sister). Andrea went to live with her father and her sister stayed with her mom.

In her teens, Bipolar Babe dropped out of school, did drugs, drank alcohol daily, and hung out with a criminal crowd. After just one too many harrowing experiences, she decided to turn her life around.

She moved to BC from Ontario and attended the University of Victoria on a scholarship and immediately fell in love with political science. By age 25, Bipolar Babe was approached by a federal party to run for nomination for Member of Parliament. Although she lost, the taste of politics gave her the impetus to sell everything she owned and drive to Ottawa in her 1996 Neon, hoping to become an MP’s assistant.

From Hope to Devastation

It was then that everything came crashing down. Her bipolar illness started to manifest itself. First as hypo-mania, which included a crushing psychosis leading to unrelenting depression.

In her hypo-manic state, Andrea wrote an election strategy: a 33-page document that poised her to be the next Prime Minister of Canada.

Bipolar Babe’s illness escalated to a higher stage of mania and psychosis and after a series of painful events she was admitted to the psychiatric ward in Ottawa. After her release, she had no money, job, or friends, and her roommates kicked her out. Even her political contacts failed to answer her pleas for help.

“We treat broken minds and broken bones differently in our society.”

She felt stigmatized. She felt that if she had had a physical ailment, she would have been able to get help and compassion from others. Andrea often shares that “We treat broken minds and broken bones differently in our society.”

Although she was finally able to rent a room in a home with kind people who made her dinners and was eventually able to get work, she was paranoid now and stopped taking her meds. She left Ottawa feeling broken.

Back in BC, she suffered the other pole of the disease — severe depression and anxiety. Andrea could not even pick out food in a grocery store, and the smallest chores and tasks such as taking a shower felt like building her own house. During one of her darkest days, she attempted suicide. This hospital admission brought her face to face with a caring psychiatrist who helped her apply a new regime of wellness.

Andrea chose to teach in South Korea for two years and upon her return she secured a job with the BC government and made a decision to better her life in every way possible.

The first time she was invited to speak to a group about having bipolar disorder, she realized that she did not have to be ashamed and it became her mission in life to share her story to help others.

Andrea launched her blog and the Bipolar Babes website, which gives people a place to connect, find valuable information and support.

She is now the Executive Director of the Bipolar Disorder Society of British Columbia and speaks to students, non-profits, doctors, businesses, and other groups on a regular basis. Bipolar Babe shares her personal story of struggle and triumph since her diagnosis in 2005.

Andrea is passionate about educating today’s youth on the stigma surrounding mental health and additional societal stigmas that negatively affect people’s perceptions of themselves and others.

In five short years, this extraordinary woman has presented her story at over 150 schools, workplaces, community organizations and events, reaching more than 12,000 people. 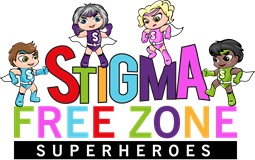 As mentioned earlier, Andrea hired me as her writing coach, excited to share her personal memoirs, including some of the most intimate details of her life.

No Matter What Our Challenges,
We Can All Live Extraordinary Lives

In her powerful message, she encapsulates that “No matter what our challenges, we can all live extraordinary lives.”

If anyone can live up to that truth and be a mentor for all people affected by mental illness, it’s my special friend, Andrea Paquette.

Andrea, bless you for your extraordinary contributions to the world.

Write about a time in your life that you knew you had to change the circumstances you were in because it was too painful or too destructive to stay where you were. The idea of making a change scared you but you did it anyway. What did you do to turn the circumstances around? Looking back at it from distance, what did this time in your life teach you about yourself? Describe the details.

As always, please leave your comments below or join us at Junie’s Writing Sanctuary to join the conversation.